Mayor John Wilson represents Peppimenarti and surrounding outstations - the Tyemirri Ward which has a population of approximately 220.

The locality name is drawn from the Aboriginal words Peppi (rock) and menarti (large), referring to the rock formation that overlooks the community. Emu Point, an outstation, is approximately 38kms from Peppimenarti and was established not long after Peppimenarti. Many people were living in these areas before the communities were established.

There is road access to Peppimenarti seven months of the year with the remainder affected by wet season flooding and access often limited to plane.

The main language spoken in Peppimenarti is Tyemirri, with English being the second most spoken language in the area. 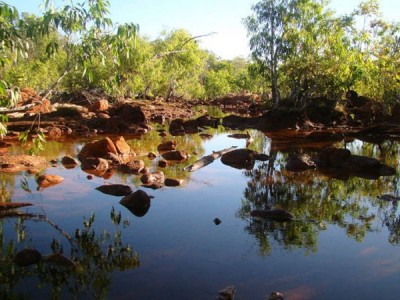 The new West Daly Regional Council (WDRC) covers 14,000 square kilometres and has a population of more than 3000 throughout the communities of Wadeye (Port Keats), Peppimenarti (Peppi) and Palumpa. The roads to the communities are cut by flooding...