West Daly Regional Council commenced operations on 1st July, 2014 with the swearing-in of members who became Councillors and the representatives of the people of the West Daly region. Council conducted the swearing in ceremony in Peppimenarti on the 4th July 2014.

The people of West Daly wanted greater control over the delivery of services in their wards. As their Council we are committed to coordinate the delivery of these programs.

The strong "voice" of local communities has been strengthened through the community Local Authorities. The West Daly people who come to meetings ask for things that Council can deliver such as maintainance of toilet blocks, a sporting field big enough to host a AFL game or a new ride on mower to make the lawns look great, plus lots more. The members of the Local Authorities play a very important role by giving Councillors who are at the meetings their 'wish list' for what they want in their community.

Councillors will listen to the stories and bring that back to the Ordinary Council meeting to work on a Regional Council plan and work on the budgets to make things happen.

All meetings of Council are open to the community and homelands to use their voice and have greater control over their community.

Meeting dates are set to keep things organised and is part of Council's commitment to transparent decision making and engagement with our community.

The rules for conducting meetings are dictated by:

Guidelines made under the Act include:

The following are all of West Daly Regional Council meeting dates that are subject to change. Please visit our news page for any updates. 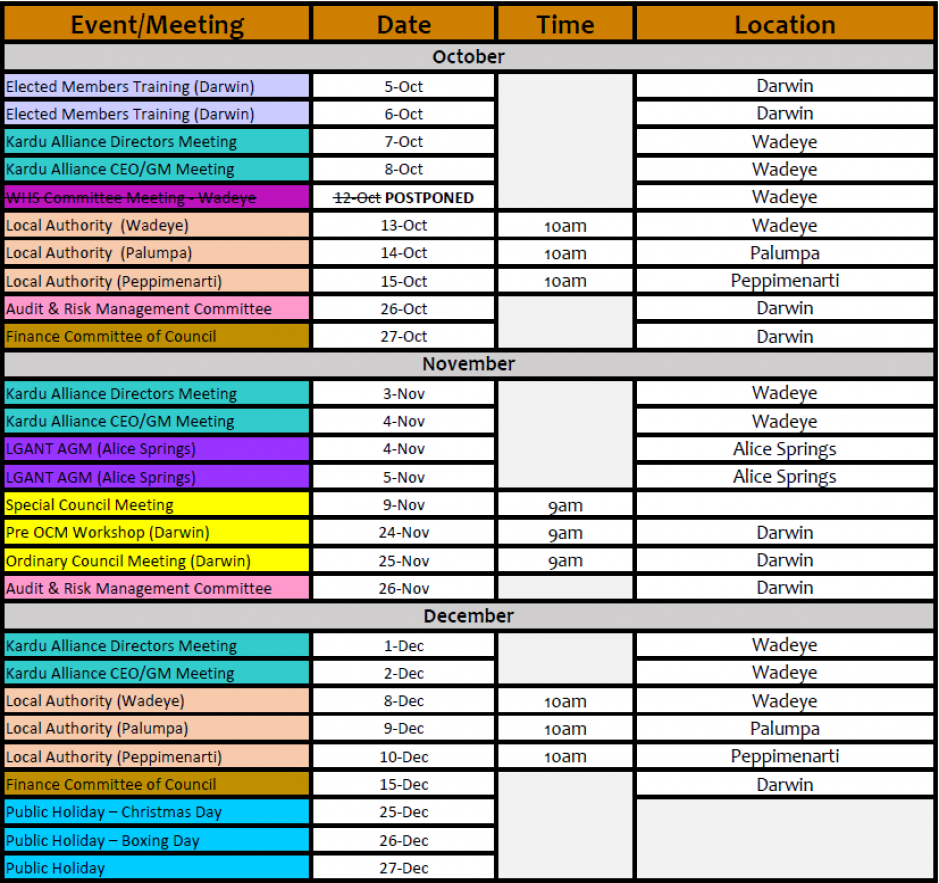 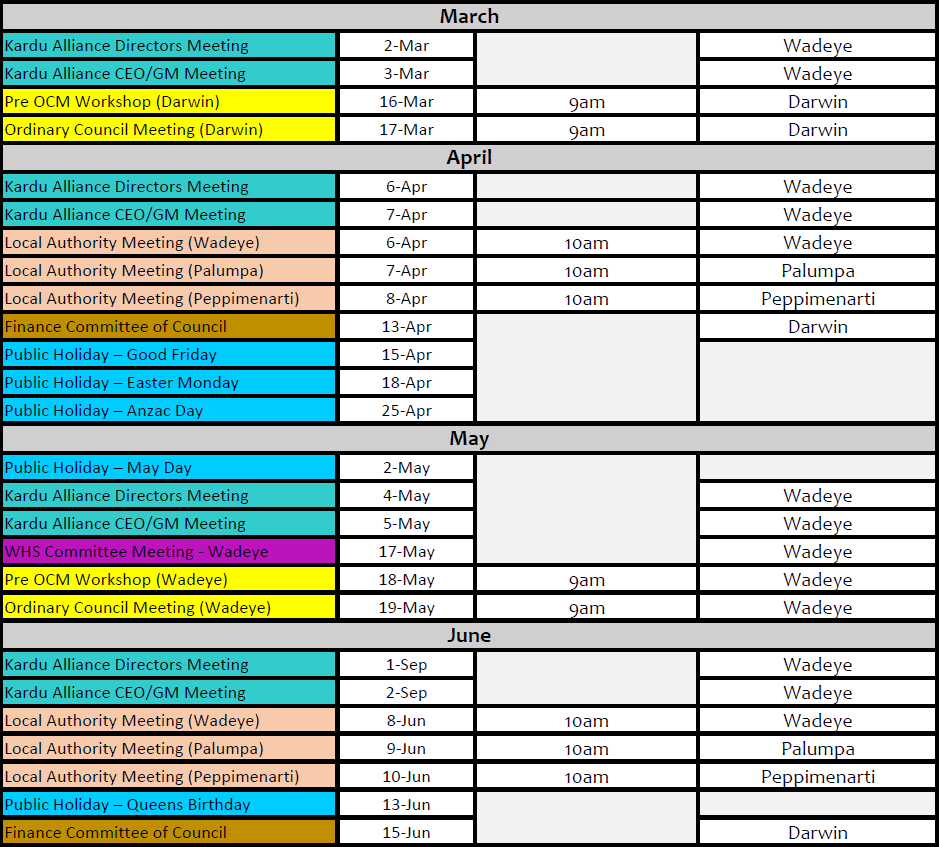